The Six People You See at a Nightclub - DC Clubbing

The Six People You See at a Nightclub

You’ve seen them. You know who they are. Love ’em or hate ’em, clubbing wouldn’t be the same without ’em.

Once the party animal steps into the club, anything goes. This individual thrives on loud music, flashing lights, tons of alcohol, sex, drugs, and dance music. He/she has super-human drinking abilities, spends more than a reasonable amount of money on booze or drugs, and doesn’t give a f*** about your opinions on life in the fast lane.

The party animal is most frequently spotted next to the bar – pounding drinks and slurring away – or busting some insane moves on the dance floor. This character is the life of the party: everyone loves ’em. In spite of this, not everyone wants to be ’em: there’s only so many times you can humanly eat a cold, sloppy, and half-devoured Big Mac at 8 am the next morning and show up to work late with a hangover. 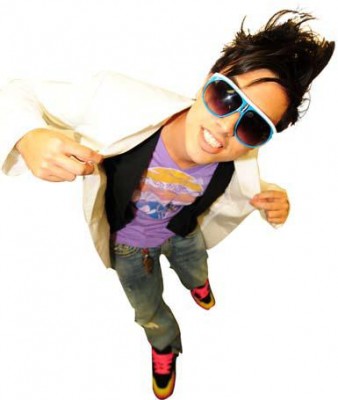 Perhaps you met them at the club last week. Perhaps you found them on Facebook (or they found you). They promised they’d get you into the club for free or with or some super-sweet hookup. They act like your best friends but probably don’t even remember your name.

Whatever the case, they make you feel good about yourself because they saved you time and money. Therefore, it’s awesome you’re tight with a promoter and you have bragging rights to tell all your friends that you have the special “in.” Hell, you’re practically a VIP through this acquaintance!

There’s a certain breed of women that thrives on money, power, and being the center of attention. Usually, society calls them “attention whores” or “gold diggers,” however when they start hanging out in clubs all the time, they go through a metaphorical meat grinder and become club rats. When they start fornicating with every performer that graces the venue’s presence, they evolve into “DJ sluts.”

Since DJs are the modern-day rock star equivalent, these women are throwing their legs open with increasing regularity because they gravitate towards guys with supreme “deck” skills. You can usually spot them in the DJ booth, lurking in the nearby VIP section, or sucking the opener’s dick in the bathroom.

These lovely ladies have gotten so out of control, rumor has it that an elite group of professional DJs have compiled a private list of women they shouldn’t f*** in every major touring city. Talk about getting blacklisted from the black book!

Old enough to chill but too young to spill, 18-20 year olds in America sure know how to pre-game! Since they can’t buy drinks in the club but still maintain a sense of alcoholic entitlement (after all, they can vote and serve in the military), there’s an entire culture and hush-hush code of underage drinking across the country.

When a nightclub opens its doors to an 18+ crowd, it’s guaranteed there will be a handful of underage patrons who composed their drunken stupors long enough to pass the bouncers outside. You’ll spot them stumbling through the club together with black X’s on their hands, plotting how to obtain more alcohol now that they’re inside and amazed by the fact that they still haven’t been kicked out.

E-Tards love ecstasy. Every time they hit the clubs, out come the pills. They’re often spotted dancing by themselves, mesmerized by the club’s lights as they profusely sweat and rub up on anything with a pulse.

Some of you guys are seriously creepy. Like extremely, weirdly creepy.

Just because an attractive girl at the club will give you 10 seconds of her semi-divided attention doesn’t mean she wants to f*** you. Don’t touch her unless she’s cool with it. Don’t force your phone number on her or painfully try to extract hers. Don’t go up and grind on her ass without consent. Respect her personal space.

Moreover, nightclubs are generally suited to a younger adult crowd (think: under 35). While establishments appreciate the business of their more mature clients, clubs aren’t an open invitation for guys 2-3 times older to stalk, molest, and gawk at younger women. If this describes you, consider satisfying your touchy-feely needs at a strip club, not nightclub.

The Usual Suspects of DC Nightlife