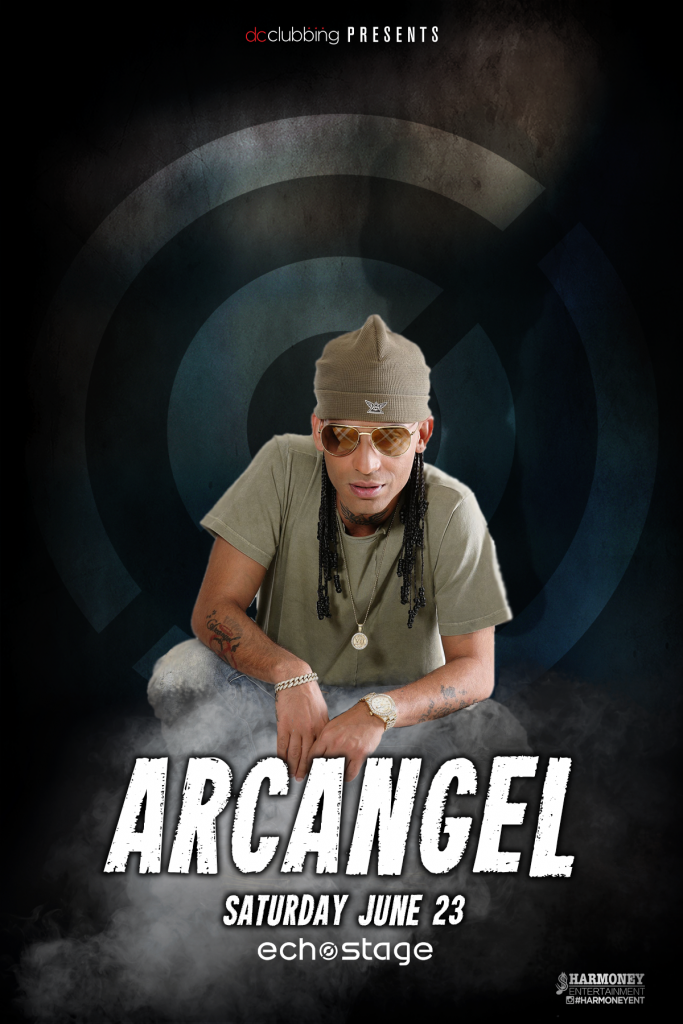 Arcangel Returns to Washington, DC on Saturday May 23rd

Austin Agustin Santos better known by his stage name Arcángel is a singer and songwriter. Born in New York – he moved to Puerto Rico to pursue a career as a Reggaeton performer. Arcangel grew up listening to various types of music and has been a fan of rock music, particularly Robi Draco Rosa, a Puerto Rican pop rock artist and a former member of Menudo. Arcángel was not always a fan of reggaeton; he claims that it is not his favorite type of music, but it is easy to sing to. During the early 2000s, Arcángel grew fond of the new kind of music. Listening to artists like Tego Calderón and Tempo, it inspired him to pursue a singing and rapping career in Puerto Rico.

For two decades, Nuyorican reggaeton superstar Arcangel has established a high-level standard for pop excellence in the genre. Emerging in the mid-2000s as half of a top duo with De La Ghetto, Arcangel’s hits like Agresivo”, “Sorpresa” and “Mi Fanatica” highlighted his career. However, the 2010s have found him thriving as a solo artist, with hits including top 10 smash “Tu Cuerpo Me Hace Bien.” Four solo albums, multiple mixtapes, numerous hit singles, and recent smashes alongside current hitmakers Bad Bunny, J Balvin, and Farruko have proven to show his growth towards being an artist with a growing iconic legacy.

Don’t Miss Out on Arcangel live at Echostage!