Are You Looking for Molly?

Upon the cast’s arrival at 3 pm, District was already buzzing with activity: make-up artists and hairstylists whipped up new looks as costume directors made sure everyone was vibrantly dressed. Under the direction/production of Nicholas Cambata and Douglas Sonders from 8112 Studios, filming began shortly after sundown at 6 pm.

Complete strangers made out with one another and girls gulped body shots of each other’s bellies; K-Y Jelly was liberally spread on nearly anyone with exposed flesh to produce a “wet” look and a fire breather spit hot flames to heat up the mood. This video was simply out of control!

Participants were enjoying their 15 minutes of fame, however the filming was truly hard work. While a handful of people fizzled out by midnight, DC’s local stars proved their worth and many stayed until the video shoot wrapped up… at sunrise the next morning! 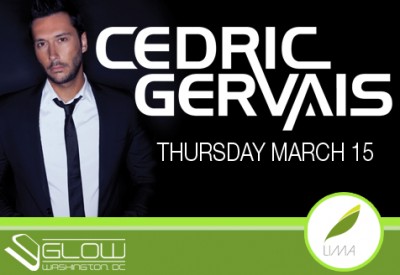 Playing alongside Tiesto at the DC Armory and Glow shows at Josephine, Lima Lounge, and Fur Nightclub, Cedric Gervais has been a staple of DC nightlife. In spring 2011, he appeared in his first DC-based music video, “Love is the Answer,” at Lima Lounge with singer Mya.

Don’t miss Cedric’s next performance in DC on Thursday, March 15 at Lima Lounge!

The centerpiece of the video was the dazzling “Molly,” portrayed by 22 year old actress/model Jenna Dalton.

Be sure to catch Jenna as she seduces the camera and dances through a series of steamy scenes in Cedric Gervais and 8112 Studio’s newest version of Where’s Waldo when the video premiers later this year!