DC is #1 for Drunkest Singles in America - DC Clubbing

DC is #1 for Drunkest Singles in America

Washington, DC: The nation’s capital. Where the prez lives. Where laws are passed and history is made… and apparently it’s all being done by a bunch of drunk singles!

According to a survey from HowAboutWe.com, the crown for the drunkest singles was based on the highest concentration of single adults plus the highest concentration of users who enjoy hitting the sauce. The article on ‘HowAboutWe’, features an infographic which shows “the cities with the highest and lowest percentages of self-identified drinking levels, based on how people answer the ‘How much do you drink?’ profile question.” 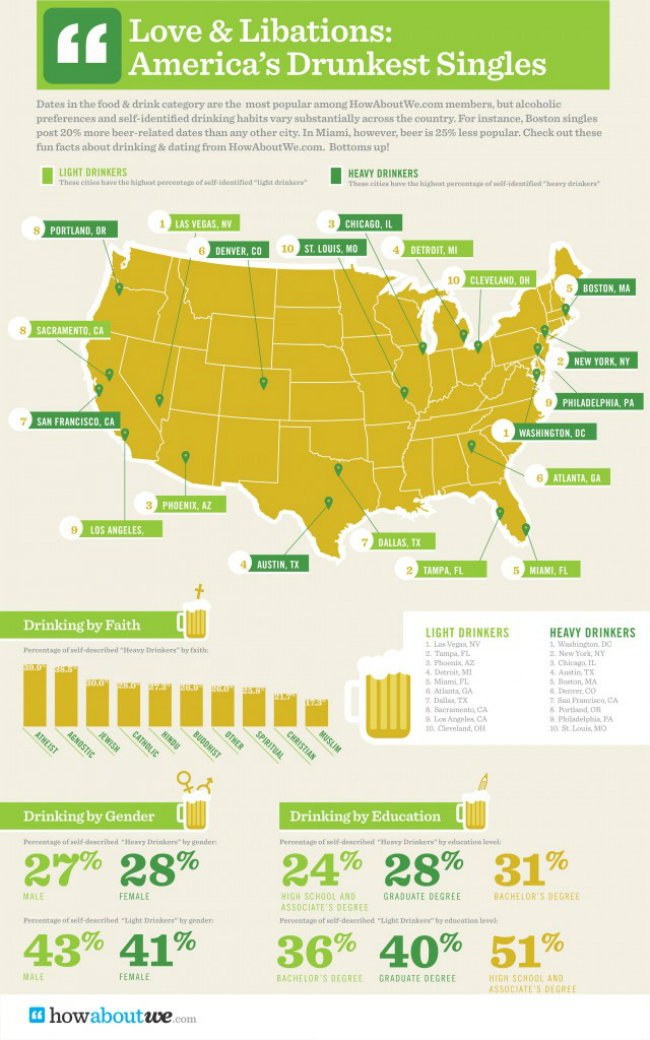 DC singles aren’t cluttering up the local rehab clinic: local women have earned DC an award for being the city with the “Happiest Single Women.” Recent poll results in Glamour Magazine formulated by Match.com found that 86.7% of District women were happy with their dating lives.

DC’s #1 rating comes at an ironic time, thanks to the recent debate for extending DC drinking hours until 4AM on weekends (in spite of its denial). Since other cities like Miami and Vegas are 24/7, DC drinkers are surprisingly efficient with their drinking habits!

A toast to you single DC drinkers! Let’s keep up our hard partying ways and keep the party going with all our DC Clubbing events!

Drink too much? Check out our Guide to Hangover Helpers.