Echostage Is The Top Venue In North America! - DC Clubbing

Echostage Is The Top Venue In North America!

For the better part of 50 years, Washington, DC has always been one of many American cities at the leading edge of the United States’ ascendance to being a top-tier North American and global electronic music destination. Cities like New York, Chicago, and Miami — and not DC — arguably surged to the forefront of being considered places where America best showcased its excitement about electronic music. In previous eras, clubs like Studio 54, Warehouse, Liv, and more defined excellence in musical presentation and experience delivery. Recently however, Washington’s Echostage was named by DJ Mag as having both one of the top 10 overall nightclubs in the world and North America’s number one electronic music venue. Thus, like so many lasers aimed from the stage during a Tiesto or Eric Prydz set at the now internationally vaunted space, the perception of the present and future of where electronic music is headed in America has been brilliantly highlighted. There were once many cities sharing the lead regarding how America’s presentation of dance is judged worldwide. Now, there may, via this achievement, arguably be only the District of Columbia at the forefront. 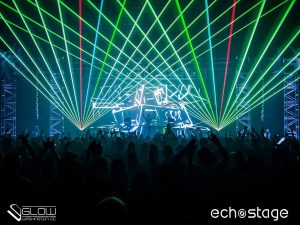 Echostage’s rise as a world leader in electronic music and its associated nightlife could not have occurred without reflecting something of the growth of concerts in general as must-attend live events in the Nation’s Capital. Moreover, the ability for venues in the city in general meeting the expectations of that demand is also noteworthy in understanding the reasons as to why Echostage’s significant success has occurred.

From 2007-2012, the 9:30 Club won the “Top Club” award as presented by Billboard Magazine. As well, underground electronic music bass-bin U Street Music Hall has achieved significant acclaim as a top-ten venue nationwide from Rolling Stone and Beatport. As well, Verizon Center continues to be a premium mega concert destination, while newer venues like brand new house and techno friendly venues like Soundcheck and Flash, plus SW DC’s soon-to-be-built 6,000 capacity Anthem offer the promise of continuing this now established expectation of worldwide acclaim for District-based concert halls.

Importantly, there’s also a legacy in how DC has been one of many cities key in the development of both the industry and culture of electronic music in America that Echostage expands upon, improves, and redefines. 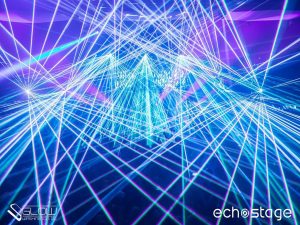 In the 1990s it was in spaces like Zei Club, Fifth Column, Eighteenth Street Lounge, Nation, and Tracks where DC’s scene achieved a greater level of national renown than ever before. Zei was a three-level industrial space in an alley located behind McPherson Square that fostered numerous scenes from then-exploding techno to the ascendance of trance, while Eighteenth Street Lounge has ownership ties to DC-based and hybrid funk/house/electronica legends Thievery Corporation.

As for Nation (aka the Capitol Ballroom), it was the home of Buzz, an influential underground party that was voted the number one party in America for four straight years in that decade. Iconic names including Moby, Little Louis Vega, and more were booked for those events. As for Tracks, it was open near the Navy Yard Metro Station from 1984-1999, and in 2013 was referred to as both “the legendary nightclub of Washington, D.C.” as well as “[attracting] a diverse cross section of the LGBT community, including whites, blacks, men and women, Latinos and Asians,” and “[meaning] considerably more to considerably more people for considerably more years than any other nightclub in D.C. history” by the Washington Blade. 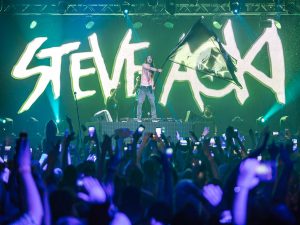 By 2012 though, America’s electronic music fascination exploded via the EDM boom, expanding interest past typical club capacities and into arena-style settings. DC clubs immediately preceding Echostage including Lima, Fur, Ibiza, and the still-standing Ultrabar initially excelled at fostering the quickly developing EDM craze, but quickly grew too small to contain its appeal. Thus, Echostage, with its 30,000 square feet of space, top-tier sound design, advanced LED visual displays, laser shows, 60-foot bars and 30-plus bottle service tables a) allowed for a maximum capacity of all music fanatics to enjoy themselves, and b) ultimately put the Nation’s Capital over-the-top as America’s top electronic music destination and one of the must-visit electronic music locales worldwide.

One can only imagine what the future holds for electronic music, its culture, live concerts, and Washington, DC. Conservative estimates note that by 2025, the population of America’s capital city will exceed 800,000 residents, while the population for the DC Metropolitan area in general should top 6.25 million. As well, electronic music and its culture continue to resonate and expand worldwide, by the millions among fanatics old and young. Therefore, there’s likely a space, probably in Washington, DC, where this all continues to grow in the most amazing manner possible.