Faking it with Fake IDs in DC Nightclubs - DC Clubbing

Faking it with Fake IDs in DC Nightclubs

Fake IDs – Worth the Risk?

Disclaimer: We are not suggesting you purchase a fake ID. It is ILLEGAL.
This article is intended for entertainment purposes only.

With tons of  DC party schools and great nightlife options nearby, fake IDs are a right of passage for college students. This guide will walk you through the DOs and DONT’S of Fake ID and much more!

Amazing! You’ve just scored a fake ID! With this piece of plastic, you’ve just earned an all-access pass to DC nightclubs. Right? No, not really! Fake IDs can be more of a hassle than they’re worth and carry life-changing penalties.

Before using a fake ID, consider the consequences… 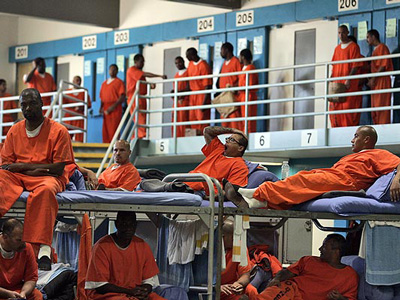 If you are arrested and taken to the police station and placed in a holding cell, this is probably the only “jail” time you will see.  Misrepresentation of age in Washington, DC is a misdemeanor punishable by a maximum of a $300 fine and a 90-day suspension of your driving privileges if convicted.

This means you will have a criminal record. Having a conviction on your criminal record can have lasting consequences – including loss of scholarships or financial aid, the inability to hold certain jobs, and difficulty in obtaining certain occupational licenses.

How to Notice a Fake

DC bars have TONS of methods for determining if your ID is real or not. Think it’s only hair color, height, weight, torn edges and holograms they look for?  That’s child’s play.

Pennsylvania IDs are a popular state to falsify. Can you spot the fake? 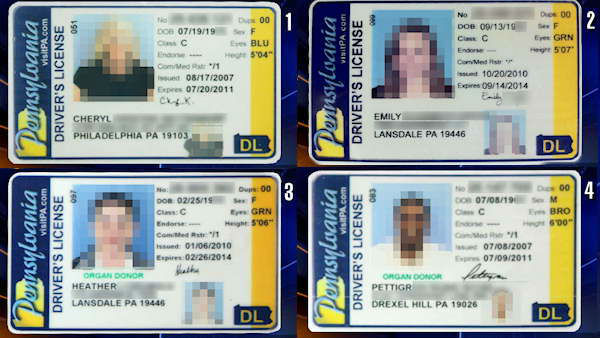 LICENSES 1, 3, AND 4 ARE LEGITIMATE PENNSYLVANIA LICENSES. LICENSE 2 IS THE FAKE.

Some under 21s will get an ID passed down from an older friend or relative. Keep in mind these IDs can still be dead giveaways.

From group photos to chugging a bottle, these fakers need to get a clue! Are you McLovin? 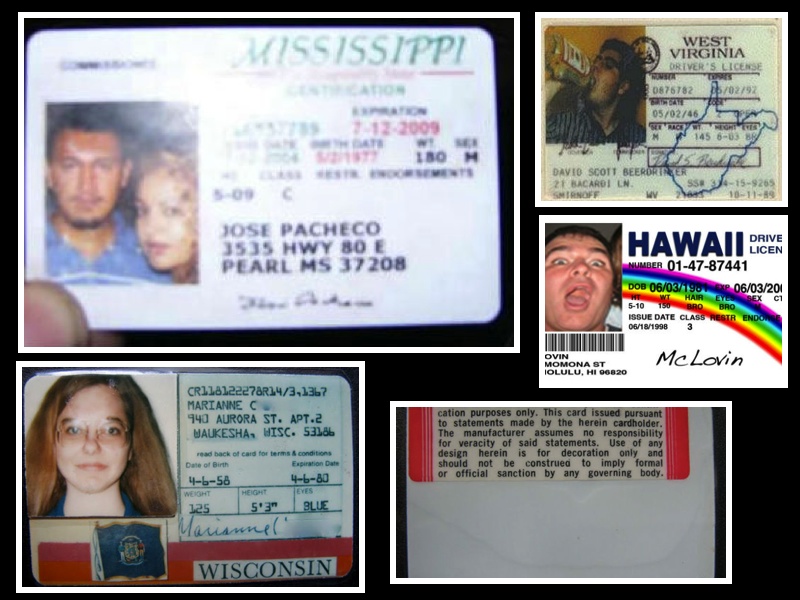 Don’t purchase at a store or on the Internet

Fakes are all over the Internet, with China producing some of the most authentic looking IDs. 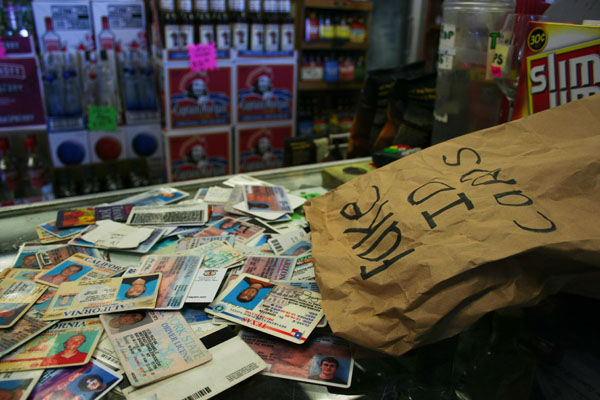 Last year in Chicago, Customs agents seized 1,700 counterfeit IDs that were shipped from China. Forty young people between the ages of 17 and 20 years old were charged with buying the fake IDs.

Most fake IDs found in head shops (think Adams Morgan) or novelty stores will never pass as a real ID.

How do these stores get around selling fakes?

Stores can sometimes get around this by claiming the IDs are for “novelty purposes,” though law enforcement is cracking down on this loophole.

Don’t give your ID Away

You are already over 21 and don’t have to worry about a fakes anymore. You think you are being nice giving (or selling) your ID to an upcoming freshman or younger sibling.

What could go wrong?

Some bouncers are compensated for confiscating fake IDs. If you’re not arrested, you’re lucky, so don’t press your luck by asking to buy it back or fighting with the bouncer.

Know your bar! If there is a bar or club that is notorious for underage clubbers – DO NOT GO THERE WITH A FAKE! Bouncers at under 21 clubs are specially trained to spot the fakes.

If you are so desperate to be 21, then AT LEAST know your ID. Know “details” like address, date of birth, height, weight, hair color, etc.

Bouncers will try to confuse you. They may ask for your horoscope sign, the year you graduated high school, or the capital of your state.

Using a fake ID to obtain a passport, get a credit card, social security card, or obtain an apartment should be obvious, but people never cease to amaze.  Even getting a Blockbuster card with a fake is a big mistake.

Imagine this: while stumbling back to campus drunk, a cop stops you. Do you show them your fake? NO! Though you could still be arrested for public intoxication, showing a fake ID will just add to your charges and you will be spending summer break picking up trash on 395.

Awesome! They just got past the bouncer at your favorite club. Now you’re idiot friend tries to pass back the same ID to you. FAIL! Unless the bouncer has amnesia, you’re toast.

Enjoy your youth, for one day, you will wish you could stop the aging process instead of pushing it along. In the meanwhile, there are a ton of DC nightlife under 21 options for you. Check out these spots and be glad you’re not that shriveled old cougar sipping on her wine spritzer or that creepy old guy with the Hooters take out bag and fanny pack!