These ride or die EDM loving fans went all out with their ink. Forget tattooing your lover’s name on your body, these music lover’s tastes will last forever as they immortalized their dedication to the electronic thumping’s of their favorite DJs. After all, music can’t break up with you. 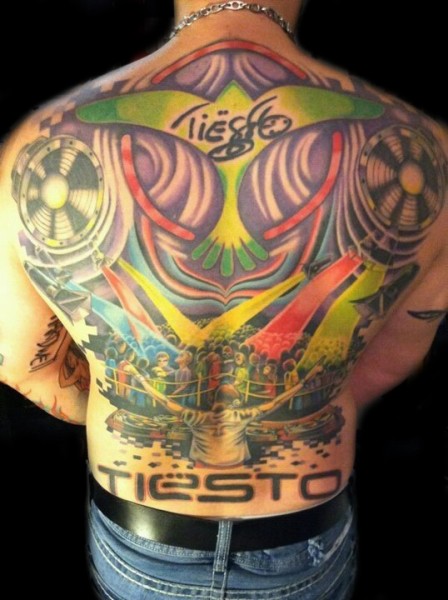 This most impressive full back $9,000 ode to Tiesto belongs to Lello Arena. Glow interviewed the ultra fan back in 2012. Though his Tiesto tattoo is his largest and most impressive he also has Axwell, Steve Angello, Afrojack, Laidback Luke, W&W, Rank 1, Fedde le Grand, Hardwell, Alesso, Thomas Gold and Sander van Doorn signatures forever decorating his body. 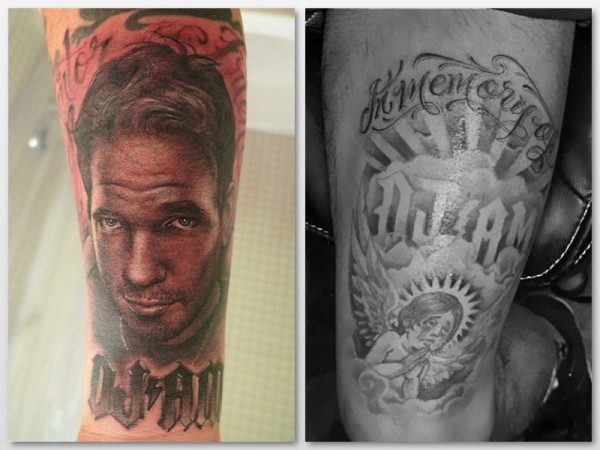 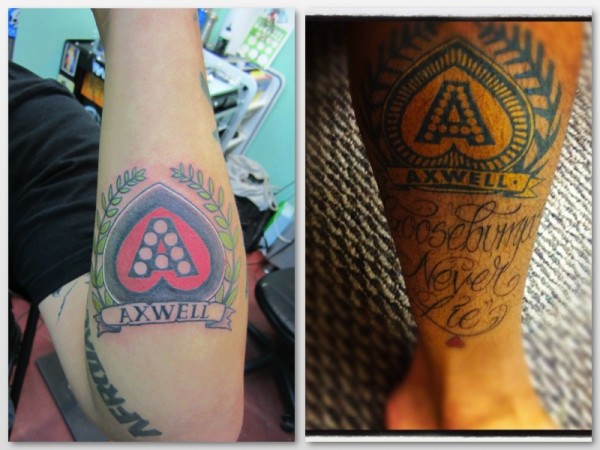 We found several Axwell bleeding heart fans out there who tatted up their skin in love of the #19 DJ on the 2013 DJ Mag’s Top 100 DJ’s. Wonder if these guys know each other? Like girls showing up at the same party wearing the same dress… 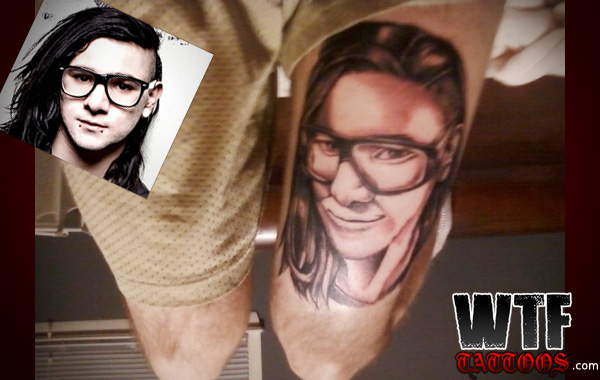 Not sure why this guy chose to have Skrillex’s face etched permanently so close to his junk, but that’s his business. This tat takes some serious commitment and will keep Skrillex forever young. 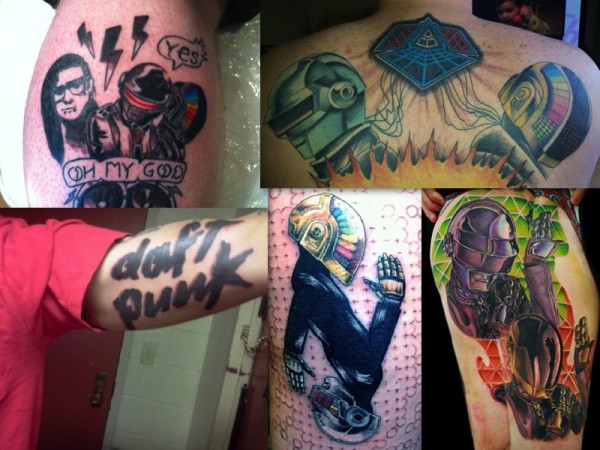 Helmet-clad French electronic duo Daft Punk are coming to the small screen with a one-hour documentary made by BBC Worldwide Production France which is slated to air in 2015. These die-hard fans should be at the premiere for their dedication. Did you check out the Daft Punk/Skrillex mash up tat- what??? 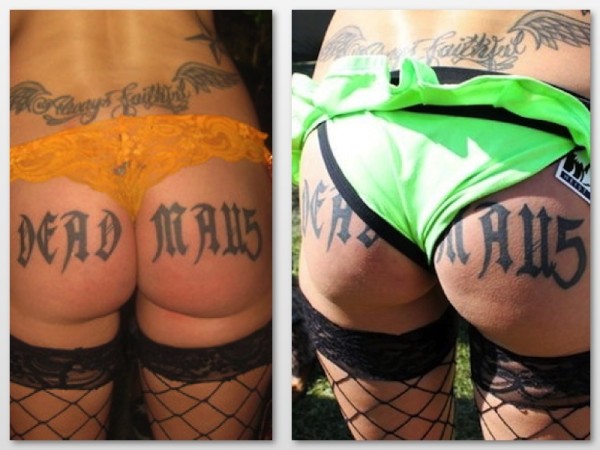 Wonder if ex-fiancé and famous tattoo artist Kat Von D laid down this ass art in ode to the mouse head wearing DJ? This tattoo requires some serious lunges to keep the cottage cheese at bay and Deadmau5 sag. 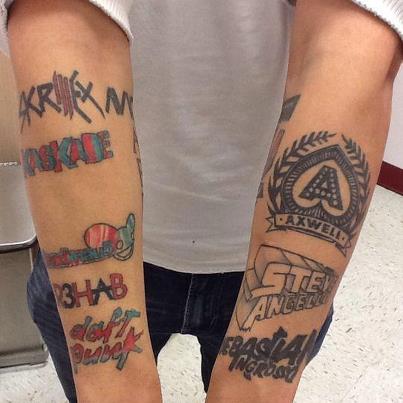 Can’t choose which act to devote your skin space to? Why discriminate, spread the love like this walking ad for everything EDM. 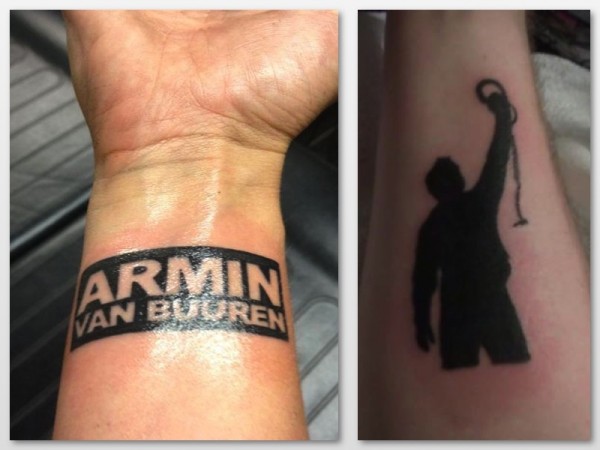 This permanent wristband should definitely get this super Armin Van Buuren fan into gigs for life. Body real estate in exchange for concert ticket? We think that’s fare. The other silhouette won a tattoo contest on the ‘A State of Trance’ website. 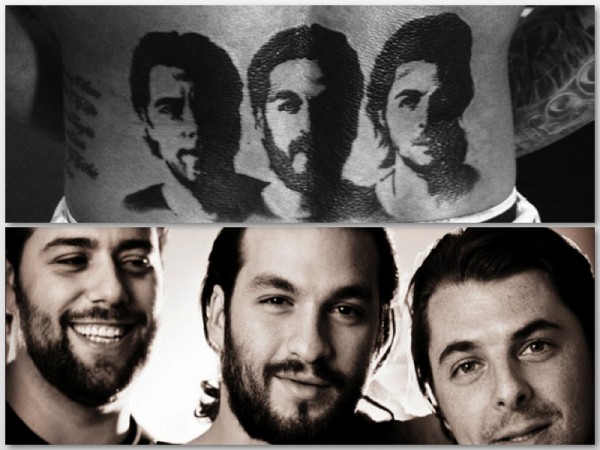 This guy must have some serious balls to get a super big tramp stamp of the Swedish electronic dance music trio that consists of three dudes. At least this tattoo will last longer than the three members of Swedish House Mafia who broke up in 2013. 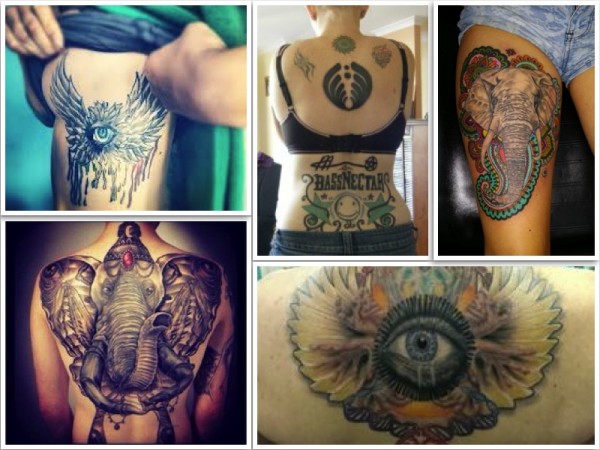 Bassnectar had several super devoted fans that dedicated large chunks of skin to this artist, but these really stood out. Some show the cover art of Bassnectar’s album, ‘Divergent Spectrum’. Though the other one lower back tat is slightly lost while living on the back amongst a mixed bag of random tattoos including a pentagram, yet it’s still glows with devotion. 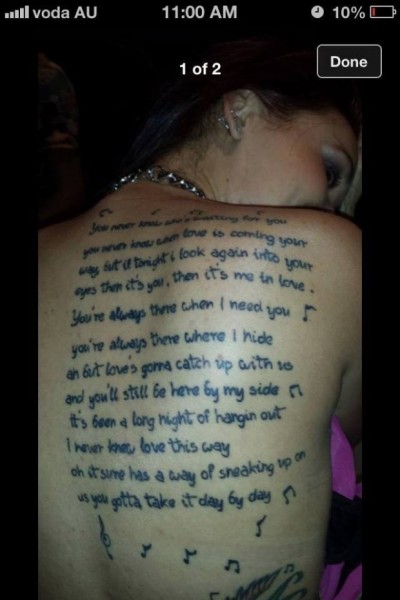 It must be an honor for Kaskade to have so many fans tattooing themselves with lyrics from his songs. This won wins out for the massive size…too obvious though? ‘Angel on my shoulder’ being inked on the shoulder, get it? 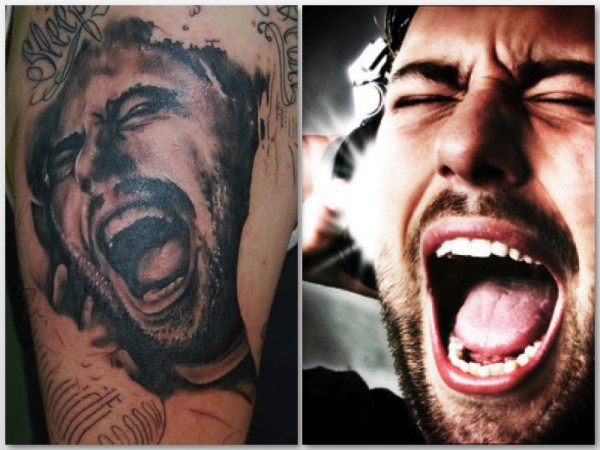 Sebastian Ingrosso, one third of the Swedish House Mafia, but perhaps more true than ever since their split, this DJ’s flying solo. 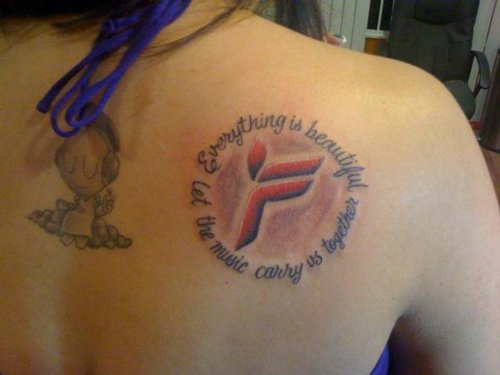 This girl wins for double trouble- lyrics from Ferry Corsten ‘s, ‘Beautiful’, circle the DJ’s logo, next to a slightly faded bonus ‘A State Of Trance’ angel to the left, which lets us know she’s a life long fan of EDM.

Make sure to check out the full article on ‘The Tiesto Tattoo Guy’ from his interview with our very own Glow DC.